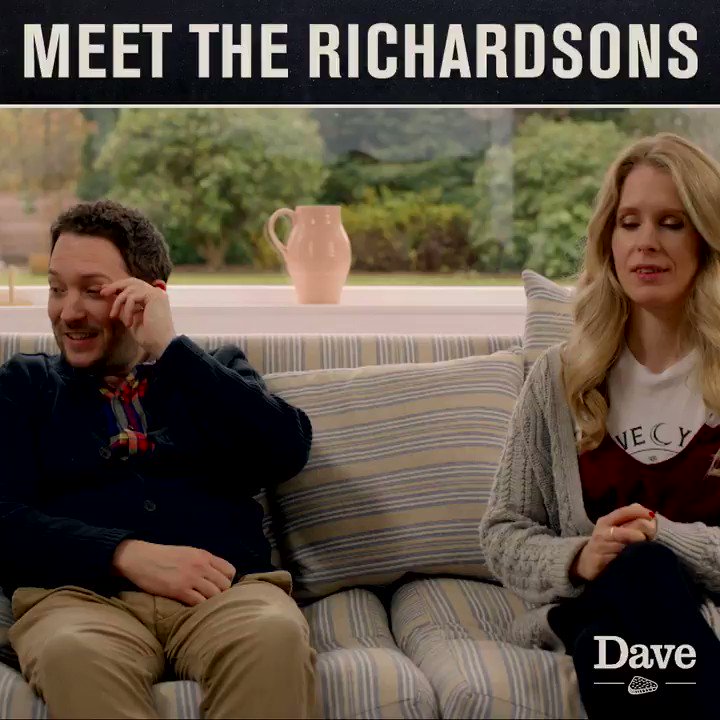 By far the toughest part of the creative process is making great ideas actually happen. Uncovering the right opportunity takes hard work, and lots of thinking. Coming up with brilliant ideas needs energy, and know-how, for getting the sparks of genius to fly. Sure. But actually producing something worthwhile at the end? Making it happen… That’s where you earn your gold. That’s where you walk over the bodies of those that tried and gave up when things got sticky.

Making it happen is the hardest bit of the creative process. No doubt.

I see evidence of this all the time. Whether I’m working with a brewery or a bank on an innovation challenge, or with a cast and crew developing a new sitcom for TV. Turning a great idea into a reality is hard. And it’s where most ideas die.

As the latest show I’ve co-written is about to hit our TV screens – Meet The Richardsons will premiere on Thursday February 27th 10pm on Dave. Tell your friends – and an original idea I’ve helped shape and produce hits the airwaves, it made me stop and think about this vital stage of the whole creative process. So I thought I’d share what I believe are 4 key principles of successful implementation for any new idea.

Even before you start kicking ideas around, make sure you’re focussing on the right challenge. The more tightly you define and express your creative mission from the beginning, the more expansive your creative thinking can be, safe in the knowledge that the idea you land on will leverage the right opportunity. In other words, be sure there’s a market, and an audience for your idea. And for us that meant a broadcaster happy to invest.

Don’t be the only person who sees this idea as ‘your baby’. This is one of the biggest reasons to make sure your idea was born from genuine creative collaboration. Collaborating throughout the creative process is a very good idea. It means you get multiple brains and perspectives bouncing the idea around. But it also means the idea will have multiple parents. It’s lots of peoples’ baby. And if the idea’s parents are the key stakeholders, the people you need on board to make it happen, you’ll have all the right people fighting for it when things get tricky. With a TV show, if the writers, producers and on-screen stars all gave birth to the idea it’s got a better than average chance of getting made.

It’s during the production process of any idea that it’s most likely to hit barriers. And you’ll have to work out new ways to execute the idea. Some things will have to give. Sometimes you’ll come up against real challenges and find that the way you’d imagined the idea happening is just not possible. And sometimes you’ll be tempted to throw the towel in. But if you really understand the DNA of your idea, the core, essential bits that make your idea worth fighting for, then you’ll be able to be more flexible in finding solutions along the way to getting it produced. So be certain of the idea’s DNA, fight ferociously to protect the integrity of the idea, but be flexible and pragmatic, and compromise where you have to with elements that aren’t core to the original idea.

And DON’T GIVE UP.

And above all, creativity is not just for the ‘Ideas Bit’. You need to be just as creative, if not more, when navigating all the hazards of the production process as you were in the original idea generation phase.

Then when the moment comes, when your idea is on the shelves, in your consumers’ hands, or on the telly, take a moment to celebrate. You made it!